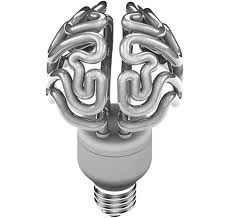 During a final conversation I had with a friend who suffered from Alzheimer’s disease—not long before his speech center went dark like a burned-out light bulb, and his ability to form words along with it—I learned some surprising things. He shared with me his hope for a destination better than Alzheimer’s, and that he looked forward to intersecting with whatever place he might be taken after he died. He talked some about heaven, but said he might purposefully avoid it if he had to continue being forgetful. He said he’d rather be nothing than to continue remaking himself every day into something less than he’d been the day before. He had been the CEO of a large corporation; that day he’d forgotten how to use a spoon to eat the ice cream I’d brought over.

The sadness around his eyes said everything.

Then, an amazing conversation of whimsy took over and my friend transported me into his mind. He talked about the elevator in his house (it was a single story house, there was no elevator). He gushed on about how he rode it up and down to all his favorite places. The first floor, he said, was where he danced with ladies. He loved his ladies. The second floor gave out chocolate and beer, and sometimes shots of whiskey. He grinned and winked at me. On the third floor, he said there were clothes that didn’t have zippers or buttons; he liked that floor because clothing flummoxed him now, especially which was front and which was back, which was wrongside and which was right. Then he took in a deep breath. The top floor, he said, his words carefully measured, opened onto a garden filled with sunflowers (his favorite plant) and broccoli (his least favorite food). He said he liked the top floor best because it was like yin and yang, good and bad, special and horrible.

He said the top floor was like Alzheimer’s disease, with its own good and bad, its own brand of special and horrible.

Today marks the start of National Alzheimer’s Disease Awareness Month. My friend helped me find the deliberation and imagination that occurs for Alzheimer’s patients…even when there are no more words.

On Saturday, I shall join several hundred other folks to walk in my friend’s memory, along with the memories of my Dan’s parents and my father.

To learn more, contact the National Alzheimer’s Association. And then, if you can, give, walk, love. I’ll be there — come and join me if you can.