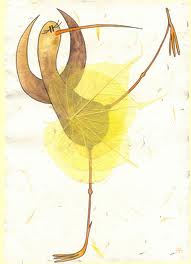 It is done — one completed novel, a work from my heart, a story told from beginning to end. It starts like this:

Now here I am, a small flickering light, sputtering softly in my chair, shifting, winking on and off. I’ve been trying to think my way out of this paper bag of a morning, but so far, I’ve only come up with the notion that, somehow, my mind is structured slightly differently than it was yesterday.

And so begins the fictional story of Lillie Claire Glidden, poet, widow, mother of two grown-ups, a wine-drinking, fan-fluttering darling who came to me in the middle of a day, begging me to let her tell her story from her point of view. She is a composite of everyone I’ve ever known (and there have been many) who live with Alzheimer’s. Like any person befuddled with dementia, Lillie Claire is a puzzlement.

It was challenging to write her story — she, after all, insisted it be in first person present. She was right about that, though. Immediately, her story was alive! She was alive! She took my imagination and flung it into places I’ve never been and told tales I’ve never heard. Like many fiction writers, I was captivated by my own characters — to me they are as real as my own family. Mostly, Lillie Claire (she’s still real to me) wants you to know that even though she lost all her words to her disease, she never lost her thoughts. Never! That’s what she wanted to say. That’s how I was used — to tell everyone that you will remain YOU, should you ever become ill with Alzheimer’s.

Now, the story is done. There will be edits, of course. Endless edits. I will have doubts, certainly. Endless doubts. But, nevertheless, in the not too distant future (I’ll keep you posted) there will be a book available entitled, All the Dancing Birds. If nothing else, it will be my best effort in telling the story of Alzheimer’s from the center of a beloved character’s mind.

When I first proposed writing this story in first-person, I was admonished by my writing group that I was an idiot (at best) to even consider such a ridiculous thing. “What are you going to do when she can’t talk anymore? What will you do then? Huh? Huh?” I simply dug in my heels and said that I’d use my imagination — that it would come to me. What I didn’t know at the time was that imagination is the key word for people with dementia.

So come! Come with me on a journey of imagination and … yes, even terror. Alzheimer’s isn’t glamorous. What it is, though is reality for millions of families. If I’ve captured their stories in some way, then I’ve done what I set out to do — to tell a story that places love and dignity and humanity front and center.

I’ll let you know when the book is available. In the meantime, my best to you all!

3 thoughts on “Somewhere a Bird is Dancing”